Fri 3 June - The Money-Less Man Gets A Groin Strain 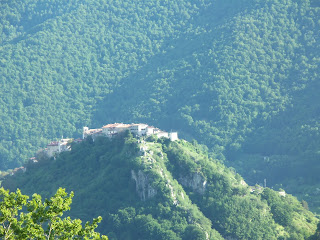 Friday, and an early start for us. 6.15am and we were all piled in the car and heading off over to Rome to deliver Sian and Jess to the airport.  A long way, taking us all the way from the east coast of Italy over to the west (Pescara airport* is far easier) but it's two hours of the most spectacular scenery.  Mountains, wilderness and tumble down villages.  Abruzzo, never fails to take your breath away.  Every time.
Safely handed over to Easy Jet, we made our way back home over the Apennine ridge and wound our way back up to Garifoli, our little   house on the hill, which seemed very quiet indeed.
As Day 1 (or so I thought) of us being the Eco-Warriors of Garifoli, KP, still fancying himself as the next Money-less man, started digging veggie patch number two.  Hmmm I thought, as I watched him from my restoring order scurryings around the house, that's my veggie patch, my project, my space, he'd better get those edges straight.  My karma can be severely upset by a veggie patch with wonky edges.  It needs to be all pretty and neat and all in a row. 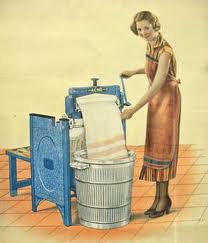 I continued in the house, a little anxious as to the destruction being wielded by the Money-less Man outside, and had a bit of a dilemma to deal with.  My washing machine.  Not a brilliant way to start our eco-warrior existence, piling all the sheets and towels in, one load after another.  All that water, all that electricity.  I could do it by hand.  I did that for two months last year whilst travelling in Rosemary.  But it took all morning.  And even longer when there were sheets and towels to do.  Rinsing, wringing and drying is a nightmare.  Oh, what to do?
I consoled myself with the compromise that if I can find an old fashioned mangle, then I might, just might, hand wash some of the time (apart from sheets, towels, jeans,), and I will never, ever, get a tumble drier.
Conscience cleared (sort of) I eventually braved the chaos in the garden.  But it was brilliant!  OK, the order of digging may have been somewhat haphazard (quite why he couldn't dig in straight lines, I had no idea), but the end result was a perfectly aligned veggie patch.  Not to be left out, I marked out a third plot (terrified, after the fuss i made, not to get it absolutely perfect) and set too with spade and wheel barrow.  Our lawn, as it once was, being beautifully transformed into something far more useful.  Problem is, we haven't got a clue what to plant! 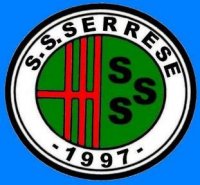 As we started to fade, along with the afternoon, tools were downed and KP started to get ready for football.  Yes, really.  He hasn't played in over 15 years.  He hasn't got any football boots.  What is he thinking?!  A recipe for disaster.  Ho hum.  Boys.  He just couldn't resist the temptation of a night of 5-a-side in the village with the Serrese boys (Serrese FB page).
In the village that is only two kilometres away.  So why is he hunting around for car keys? What about our pact?  No car for journeys less than 5km?  Oh, that starts on Monday, he says.  Hmmmm.  What with my washing machine dilemma and KP's "starts on Monday" qualification we hadn't made a brilliant start.  Still, it can only get better.
So I waved him off in his cobbled together football kit and no boots with a "bye honey, don't forget to stretch" parting ditty.
Two hours later and he was on the sofa with an icepack firmly clamped to his groin.  The victim of taking a brave swing for the ball, and missing.  Soft tissues of the groin area going beyond the point of no return.  Didn't think to stretch that bit he said.
Oh dear.  I think the cycling instead of car rule really is going to have to wait till Monday.
*Pescara Airport, 35 mins from Kokopelli
Pescara Airport