Walking Guide: Up to the Montepiano 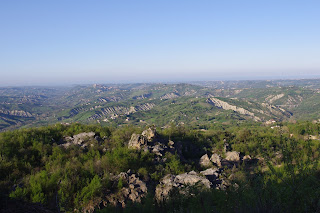 Turn right out of Kokopelli and take the first left into Contrada San Martino and after 500m take the gravel track on the right.  Continue up the hill for another 500m and you’ll go past a derelict house on your right, keep following the main track onwards and upwards, taking in the stunning views across the valley.

Eventually the track reaches a tarmac road towards the top of the hill (although there is still a bit more climbing to do!).  Turn right here and follow the tarmac road past a few houses.  Try not to deviate here down anyone’s drive but continue along the main pathway up and into the woods.

The terrain will slowly change as you come out of the woods and become very volcanic.  Here it becomes absolutely fascinating.  It’s its own little micro climate with an abundance of wild flowers and ferns growing in and around the large volcanic boulders.

After about another 1km you’ll reach a junction, take the right track.  Here you can either stay on the main path, taking the right hand track (when you reach it), which will take you all the way up until it ends at the cliff face at the very top of the Montepiano.  If you take this route, continue your walk back into Garifoli from *** below.
The other option you have is to explore in and around the volcanic boulders.  If you keep your eye out to the left you will see a small path amongst the rocks.  Follow this and you’ll have a real treat!  The volcanic boulders form its own amazing natural rock garden, full of flowers and butterflies.  Just beautiful. 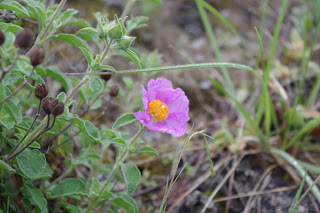 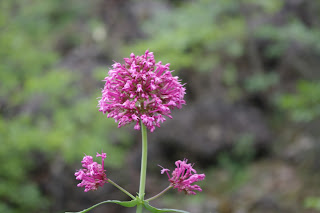 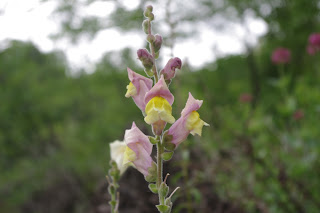 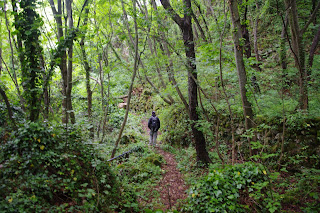 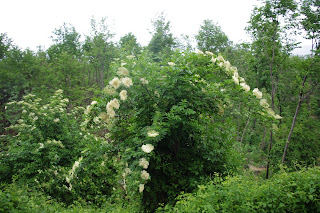 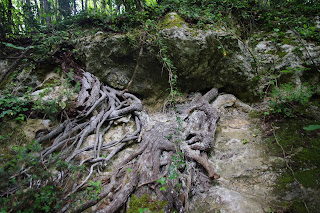 Eventually, you’ll reach a small tarmac road with a house in front of you.  Turn left here, go down the hill past a large building with a chapel attached and, just on the bend, look out for a small track on your right with a couple of little stone steps.  This will take you back into the woods and follows a long stone wall

At the end of the track, you’ll see a wire fence facing you.  Turn right here.
After a short distance the main track goes to the left, but look out for and take a small track on your right.  Keep following this track, it opens out, gets a bit wider and you will pass a large pole route marked in red and yellow with the number 10.

You are now on an official trail! 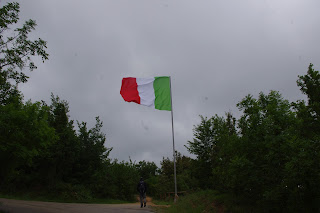 Turn right and head on up the tarmac road until you reach the flag pole, turn right here.
This track takes you all the way to the top of the Montepiano which, even though the track finishes at the cliff edge, it is well worth following for the fabulous views across the valley. 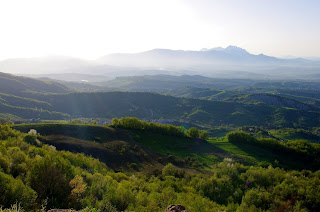 *** Make your way back down the track the way you came and look out for a track on your right marked by two trees, one with white baler twine and one with a piece of plastic.

This track will eventually come out of the woods and you’ll get a fabulous view all the way down our Alento valley with the Torre Polegra in the distance in front of you. 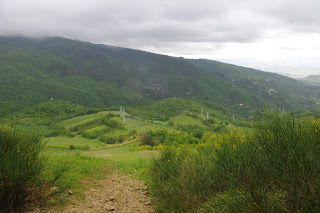 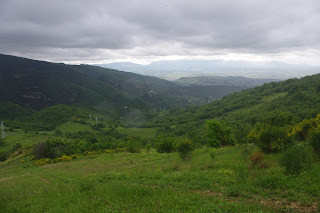 Drop down the hill until you hit the track at the bottom, turn right here and follow the pathway until it returns to Garifoli and Kokopelli.
Posted by Kokopelli Camping at 07:45 No comments:

Into the Calanchi by MTB

We got into "Calanchi land" through the arch way by Fatseo's bar that takes you through old Serra, down to the river, onto a dirt track and up and up and up towards the peaks of the calanchi.

Finally, after a long old slog where pushing the bikes was the only option, and even then I was almost beaten by the almost vertical climb, we could see the track unfolding in front of us. 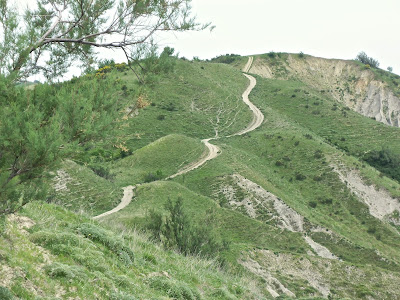 But we still continued to climb, down for a bit, which was heavenly relief, and then up and up and up again we went.  Up for over 100m.  But the views were spectacular, and not a soul to be seen, apart from the shepherd with his sheep, goats and dogs. 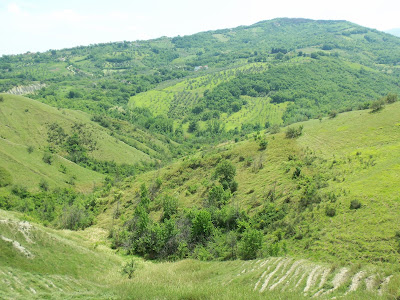 Serra, as always, looking so pretty in the valley.

The weird clay formations of the calanchi, with the sea on the horizon, never fail to fascinate. 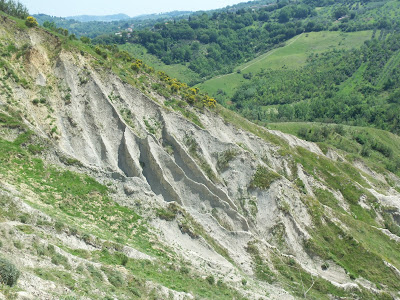 When, at long last, we reached the road and the long, long sweep down, the freedom and the joy of our descent was temporarily broken by an enforced puncture pitstop.  Not a bad place for a puncture though. 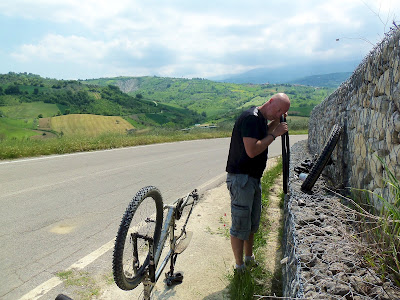 Although the storm clouds where looking pretty dramatic over the mountains of the Majella in the distance, we had a glorious day of bright, hot, sunshine, empty roads and superb views. 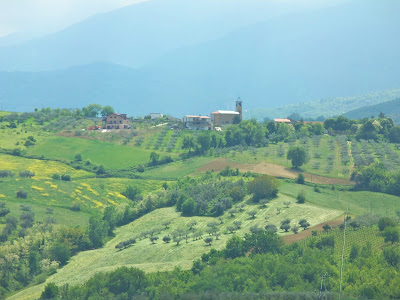 Our ride took a very different turn altogether as we descended into the valley and picked up the river bed of the Alento, which we followed almost all the way back, criss-crossing our way in and out of the river. 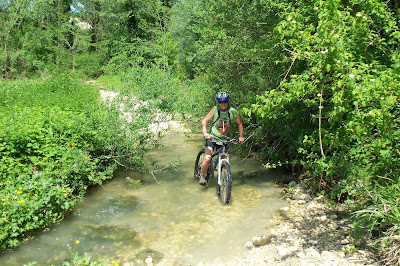 At one point, we came across some off-roaders having as much fun on the river bed as we were - I'm not sure who was more surprised to find they were not alone, us or them! 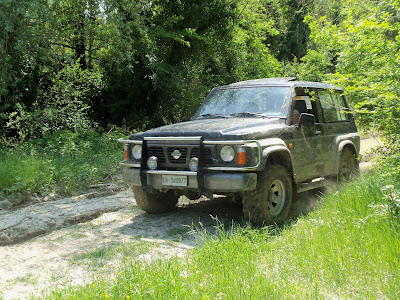 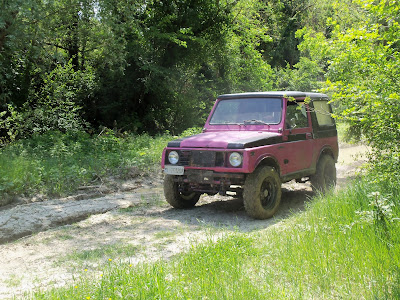 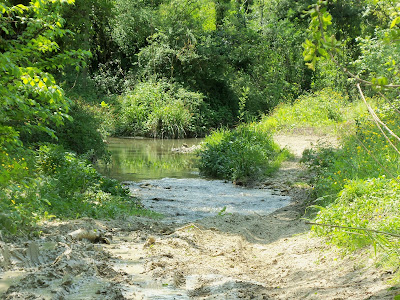 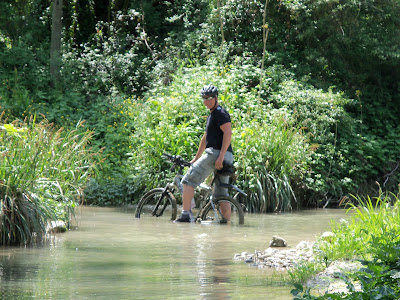 Finally our fun in the cooling river was over, and we were climbing back up the calanchi under the hot hot sun. 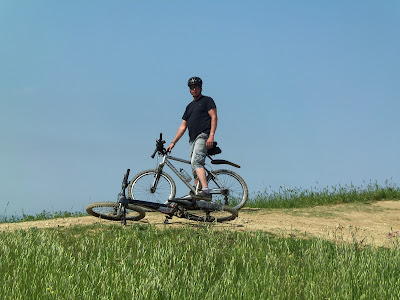 But it was worth it. 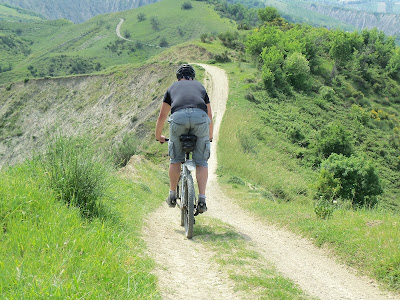 Great fun we had, skidding and sliding our way back down... 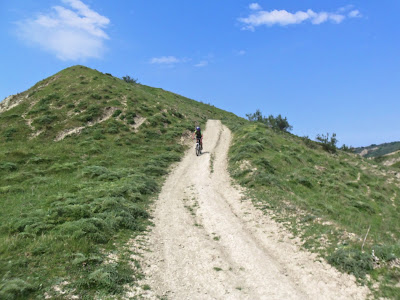 Until we were back were we started, in the bar with a very very welcome ice-cold beer!


Posted by Kokopelli Camping at 22:28 No comments: