We woke up this morning to the loudest Dawn chorus ever, the birds as joyous as us that the sun, finally, was shining.  And shine it did.  Corno Grande of the Gran Sasso range also reappeared, as did Passo Lanciano and the mountains of the Maiella.  Our full and beautiful vista had returned.

Just typical.  Phil and Sharon went back to a sun drenched UK late last night leaving a sodden, cold and grey Italy behind.  The entire three days they were with us it rained.  It was cold, damp, miserable.  But the weather didn't dampen our spirits one jot.  We had heaps of fun.  I just wish the weather had've been like this.
So for the next two days we just soaked it up like sponges.  Absolutely no way at all were we going to do inside jobs.  The second bedroom should be painted, but it can wait.  We've been sun deprived for far too long.
So we mowed, strimmed the final bits, and raked.  It didn't really need it, but it was just so good to be outside and, with so much sun on the damp soil, the grass will surely go bonkers over the next few days.
The next day continued in the same vein.  Should work inside, but won't.  No way José.  I caught up with all the washing; sheets, towels, jeans all billowing on the line and dry in no time.  I also took over the balcony railing painting from KP, whose patience with the fiddly spirals, corners and grooves was at an end.  Preferring the big boy grrrrrr stuff to intricate painting, he got out his work bench, serious saw and hammer and made some posts to go on the end of the garden railings.  And what a difference it made too. All ready for painting.  By me.  Me and my big mouth.
We also spent the last two days catching up with the other villagers in the bar,  our neighbours Roberto and his Ukranian wife (I must ask her name) and marvelling at how our Italian seems to be coming along.  It's still a huge struggle holding a conversation, but it is getting easier.   Three days of speaking only English doesn't seem to have caused a backward step.  We'll get there.  Piano, piano as we keep being told.  But piano piano in this case just won't do.
Two more exciting things (other than the glorious sunshine):  (1) Our sofa is arriving early!  On Saturday!  Being delivered in the morning.  Yippidee doo dah! No more pink chairs in the kitchen!  At least, I think it's arriving on Saturday morning, if my understanding of my telephone conversation with the man from the store is right.  Tomorrow we'll know.
The second other exciting thing is that we found the cross country route into the village.  Not exactly a shortcut, but so so pretty.  Far prettier than walking along the road.  And we found a waterfall!  With the deepest plunge pool ever!  It is so deep it will surely still be full even in the height of the summer, even if the waterfall does dry up to a trickle.  What a find!  And on our doorstep too.
We did try and find another off-piste route back that would cut out two switchbacks of the road (and a lot of tarmac walking) and would most definitely be a shortcut, but we kept getting scuppered by the deep drop caused by the clay erosion gullies (a weird phenomenon typical of the area), and dense undergrowth.   We've also got the little problem of it maybe coming out in one of our neighbour's gardens.  One for another day, more thought and research. 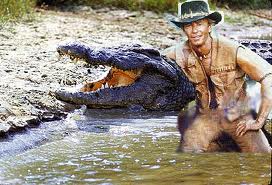 And the machete.
KP is absolutely yearning for the machete he drooled over in a window in Guardiagrele.  He hasn't stopped talking about it.  Toys for boys.  And a fairly serious one it is too.
KP the Marine Commando, chomping through the woods with a machete tied to his back.  Josh Blackburn, eat your heart out.
Oh boy.
Think I'll just wait for my sofa to arrive tomorrow.

Posted by Kokopelli Camping at 09:14