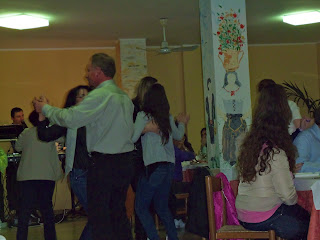 Not a chance!  We were ushered into a huge restaurant at the back, complete with dance floor and a singing DJ.  A table was laid for us and menus and a carafe of wine were brought out.  We had clearly gatecrashed a very lively party.  No, no, we were told, it's Saturday night!  This is normal. 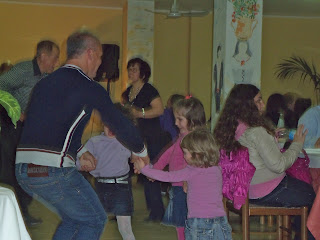 Posted by Kokopelli Camping at 17:38