The Calanchi
The calanchi are the curious environmental phenomena of ravines etched into the clay that give the unique landscape to the area surrounding Serramonacesca.
Translated as "The Badlands", at first sight the calanchi seem completely barren and devoid of all life, but this is not the case.  They have been formed through the actions of man leaving them exposed to the ravages of the intense summer sunshine and the rain, but they are very much alive to some pretty tough mediterranean plants.  The extensive aridity of the calanchi, and fast soil erosion, has ensured an impressive root apparatus of plants with the unshakeable ability to grasp the ravines in a manner sturdy enough to withstand the harshest of weathers. 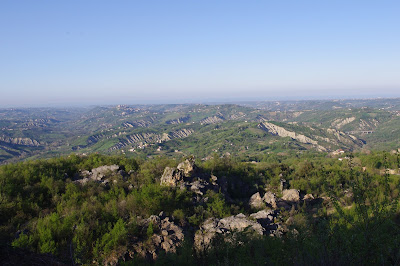 Here you will find couch grass, cardoons, liquorice, cocksfoot and wormwood.  In the less eroded structures you will find broom, hawthorn, blackthorn, with coltsfoot, common brighteyes, flax, ox-tongue, salsify and hoary cress giving an unexpected colour to the springtime.
Late summer and autumn are not left out either, with the likes of goldilocks aster, bergamot mint, sweet scabious and saltbush sweetening the air and brightening up the arid clay. 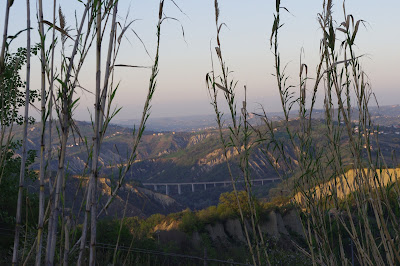 The Importance of Stones
All around the mountain territory of Serramonacesca, you will find evidence of the work of country folk who succeeded in exploiting arid plots of land surrounded by limestone.  Initially piling the stones into a disorderly heap as a means to clearing the land, these soon gave way to a calculated form of stacking, bringing to life a typology of spontaneous architecture: the keel-shaped tholos huts, and a network of dry-stone walls. 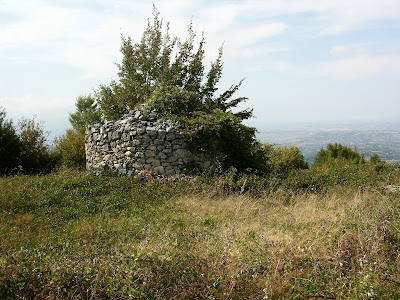 The tholos provided shelter for the shepherd and countryman, and the dry-stone walls enclosed the land and protected crops.  Both, however, were far more than simply just that.  They were also ingenious strategic water reserves.  The ability of limestone to absorb considerable amounts of water during the rains, and the slow evaporation of the inner layers during the dry periods, meant that the piles of stones gradually released humidity back to the surrounding land. 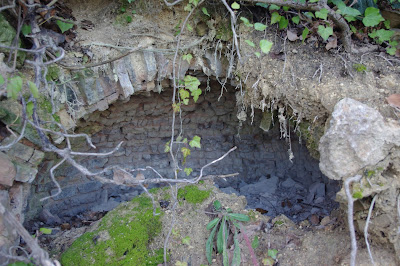 Earth Houses
Another, but more recent, example of the people of Serramonacesca exploiting their natural resources are the earth houses which, for many years, were typical of rural settlements.  Providing home for the peasants of the 19th century, they were built of a mixture of hay and earth, often with an outside staircase. 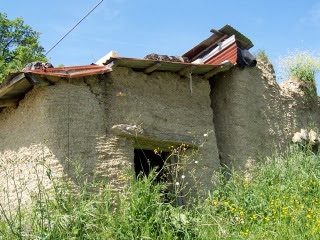 Interestingly, many are still in use today and, because of their historical and anthropological value, which has been lost elsewhere, they have been made the subject of a restoration project for the region. 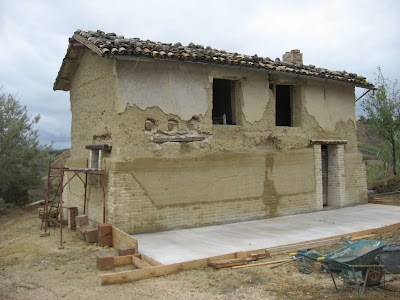 Posted by Kokopelli Camping at 14:19