The Alento river & its water courses

Serramonacesca nestles in the Alento Valley at the North-Eastern end of the Majella National Park, Abruzzo.  This small town of around 500 residents may sit at a relatively modest 280 metres above sea level, but its territory stretches all the way up and up through beech and oak woods towards Passo Lanciano at 1200m.

Indeed it is the mountains, woods and the Alento river, with its numerous flows and falls, that define this beautiful area.  All around rich vegetation flourishes and thrives, nourished by the courses of water that flow down from the peaks of the Mother Majella, not at all what many would expect of Southern Italy. 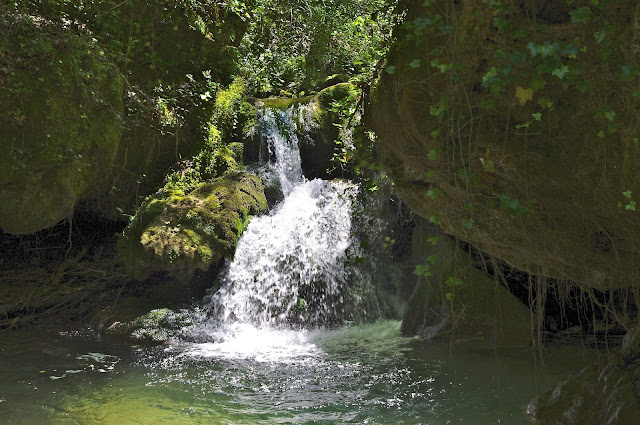 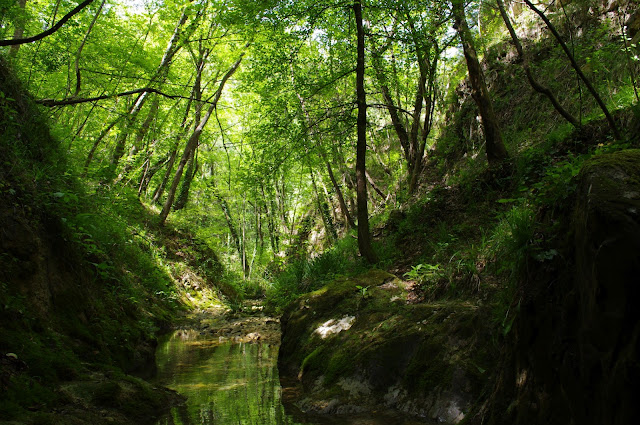 It is at Serramonacesca's Abbey of San Liberatore, however, where that the water’s flow is at its most stunning.  The river cascades through a series of falls, crystal clear, icy cold plunge pools and deep gullies that just get more and more striking the deeper you go.

Gorges have been cut through the limestone banks and several tributaries have been gathered and joined together to form the most spectacular water courses.  The banks themselves are a tumbling green hue of willow, poplar, moss, lichen and hanging vines, giving the dappled aura of an ancient tropical rain forest.
The water itself has been significant to the people of Serramonacesca where, in the past, it has driven many watermills, one of which still remains today (albeit in ruin), and even a small power station that supplied energy for the town.

Its purity ensures a variety of fish life, including brown trout, eel and barbel, and at the larger of the two bridges on the road between Serramonacesca and Garifoli, there is apparently a small, sulphurous spring that the locals use for treating skin ailments.

Further up through the woods, near the hermitage of San' Onofrio there is also the Acquasanta spring, most popular for its purity lightness. 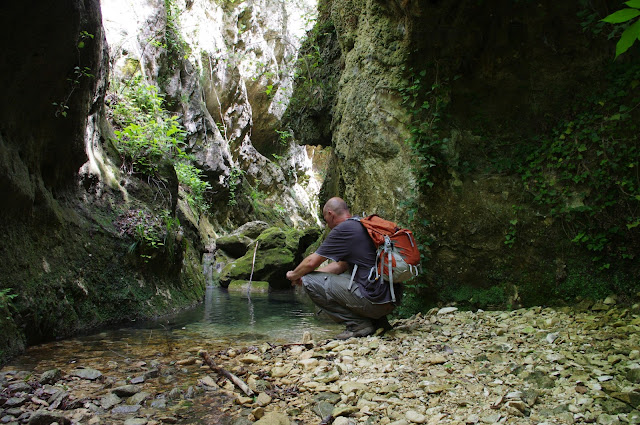 Posted by Kokopelli Camping at 11:55